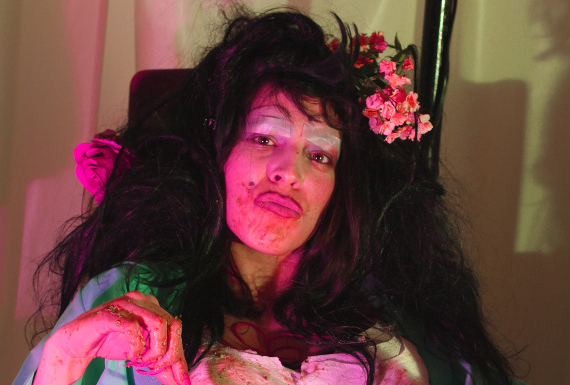 Erica Gressman is a noise performance artist who recently received her MFA in Performance at the School of the Art Institute of Chicago and is currently living and working in Chicago. She received her BA in Humanities with a concentration in experimental music. Gressman strives to represent the cyborg as an arena for both neutralizing an identity and queering technology to show that it is just as mortal and volatile as humans. She has given lectures and performances at the Royal Danish Art Academy (Copenhagen, Denmark), VIA Music and New Media Festival (Pittsburgh, PA), International Noise Festival (Miami, FL), Grace Space Gallery (New York), Links Hall, DFBRL8R Gallery, and Hyde Park Art Center (Chicago, IL).

Erica is featured in Episode 2.