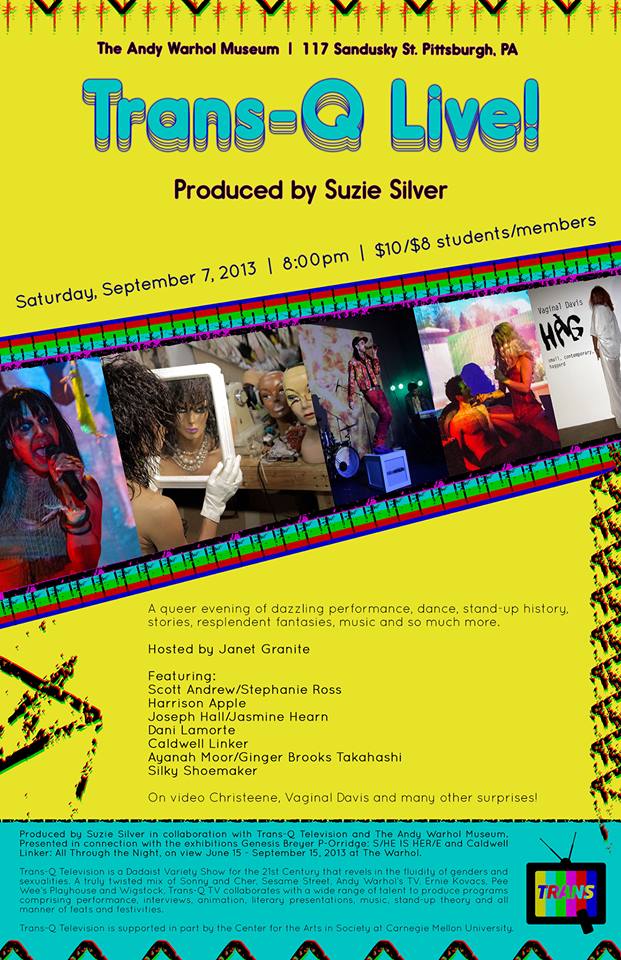 On video Christeene, Vaginal Davis, Psychic TV/PTV3 and many other surprises!

Produced by Suzie Silver in collaboration with Trans-Q Television and The Andy Warhol Museum. Presented in connection with the exhibitions Genesis Breyer P-Orridge: S/HE IS HER/E and Caldwell Linker: All Through the Night, on view June 15 – September 15, 2013 at The Warhol.

Trans-Q Television is a Dadaist Variety Show for the 21st Century that revels in the fluidity of genders and sexualities. A truly twisted mix of Sonny and Cher, Sesame Street, Andy Warhol’s TV, Ernie Kovacs, Pee Wee’s Playhouse and Wigstock, Trans-Q TV collaborates with a wide range of talent to produce programs comprising performance, interviews, animation, literary presentations, music, stand-up theory and all manner of feats and festivities.

Trans-Q Television is supported in part by the Center for the Arts in Society at Carnegie Mellon University.