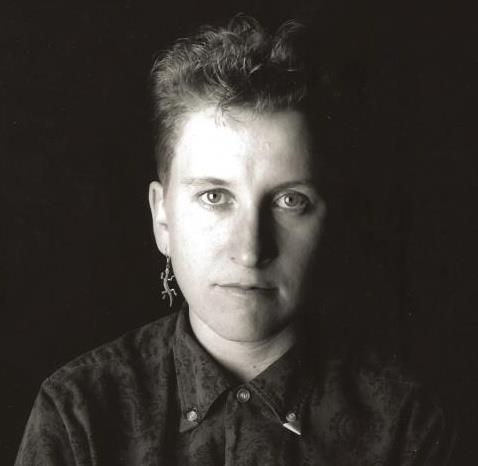 Suzie Silver has been creating queer performance and video art for over two decades.  A true tomboy and thrill-seeker from day one, her youth was spent dirt-biking through canyons and dancing in the gay/lesbian bars of Tijuana and San Diego. Finding her way into the exceptional art program of UCSD in the early 1980s, she was introduced to the history of cinema, experimental film, activist media and performance art by such luminaries as Babette Mangolte, Eleanor Antin, Dee Dee Halleck and Jean-Pierre Gorin.  Her well-known early videos, Freebird and A Spy emerged from her involvement with the cabaret performance art scene in Chicago in the late 80’s and early 90s.  A technophile and fan of electronic arts, her later videos use digital manipulation to meld together appropriated images and music, recorded performance and animated sequences into irreverent celebrations of exoticism, ecstasy and camp.   Silver has often worked closely with other artists, as a presenter, collaborator, and teacher, including ongoing collaborations with Hilary Harp and Eric Moe.  Her love of science fiction and her life-long commitment to imagining alternate desires lead her to instigate the book/DVD project Strange Attractors: Investigations in Non-Humanoid Extraterrestrial Sexualities.  All of Silver’s work alludes to the capacity for desire to disrupt social boundaries and imagine new futures.

She worked as Assistant Editor on Seasons 2 and 3 of Homicide: Life on the Street and the ill-fated Central Park West.  Since her appointment in 1999, she has been a faculty member of the School of Art at Carnegie Mellon University.