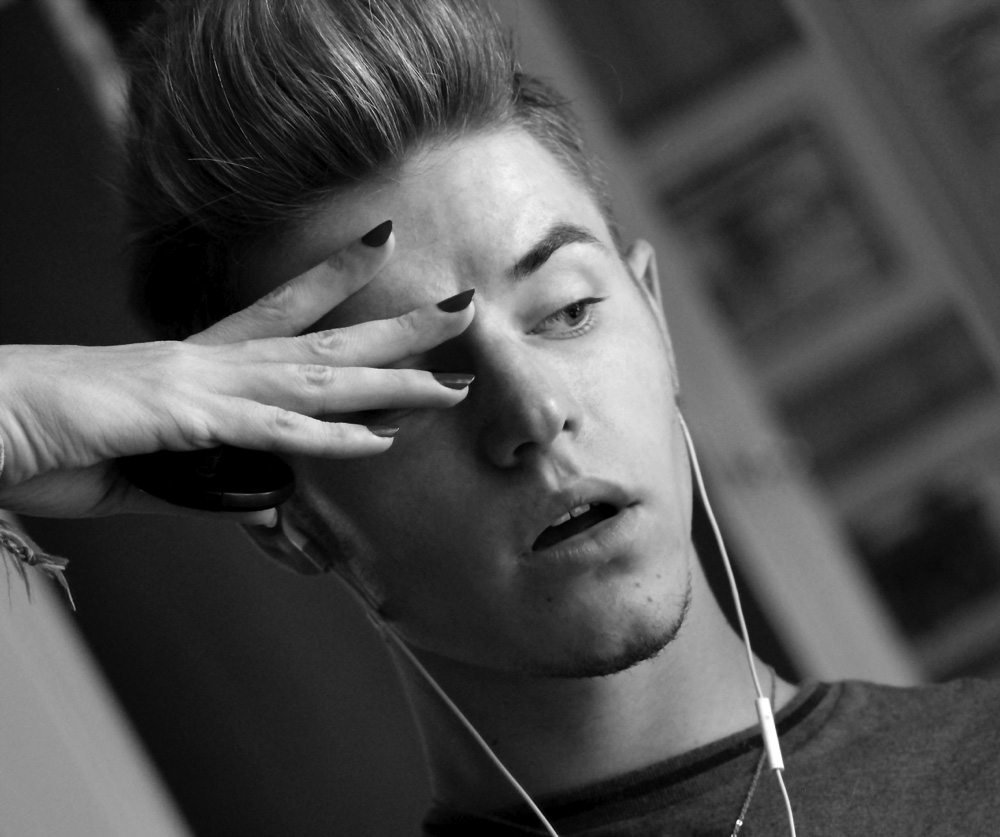 Alex Walker, born in Perm, Russia, was raised as an exotic, free thinker in conservative Harrisburg, Pennsylvania. He graduated the Harrisburg Academy in 2012 with the International Baccalaureate Diploma and is currently a student of Art at Carnegie Mellon University in Pittsburgh, Pennsylvania. His art embraces the issues of gender identity and human sexuality. He draws inspiration from the media’s portrayal of beauty and gender stereotypes. When he is not busy making raunchy, over sexualized television for Trans-Q TV, he enjoys analyzing horror films and singing to his heart’s content!