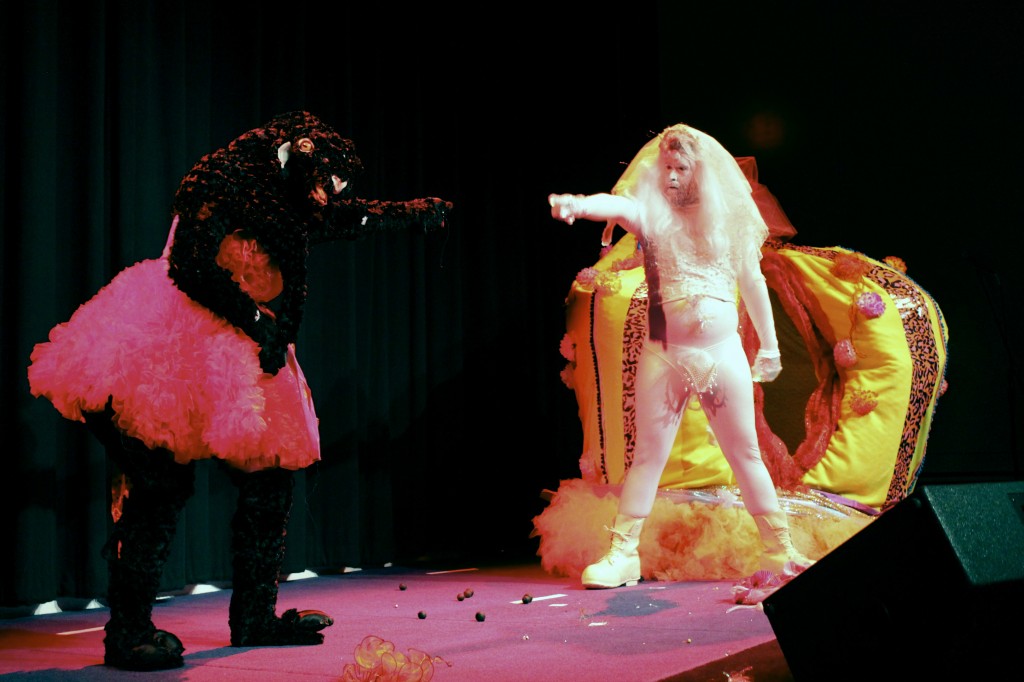 Trans-Q Live! was a queer evening of dazzling performance, dance, stand-up history, stories, resplendent fantasies, music and  more. The sold out show was presented September 7, 2013 at the Andy Warhol Museum in Pittsburgh.

Trans-Q Live! was produced by Suzie Silver in collaboration with Trans-Q Television and The Andy Warhol Museum

Harrison Apple in Saw You At The Social Club, HMU

Silky Shoemaker and Elia Singer in Many Apologies

This article was posted in Uncategorized. Bookmark the permalink. Follow comments with the RSS feed for this post.